The National Parks and Wildlife Service

The National Parks and Wildlife Service (NPWS) plays a key role in the protection of Ireland’s biodiversity, working to secure the conservation of ecosystems, flora and fauna in Ireland.

The National Parks and Wildlife Service (NPWS) plays a key role in the protection of Ireland’s biodiversity, working to secure the conservation of ecosystems, flora and fauna in Ireland.

Green Party Minister of State for Heritage and Electoral Reform Malcolm Noonan TD has launched a Strategic Action Plan for the NPWS, which sets out an ambitious timeline for a full organisational restructuring and a substantial €55m additional investment in the organisation across three budgetary cycles, together with the early recruitment of 60 key staff for critically important roles. This builds upon the gains already made. In Budget 2022, Minister Noonan increased NPWS funding to €47m, an increase of 64% since he became Minister, bringing it back up to levels not seen since before the financial crisis.

We are working to deliver an NPWS that is more resilient, fitter for purpose and better resourced, with a stronger identity and voice, and better enabled to cope with change. As an executive agency, its dedicated senior management team will ensure clearer core priorities, and focussed direction of resources toward those priorities. A full internal redesign of the NPWS will result in new Directorates structured along functional lines, improved communications, both internally and externally, and a much stronger focus on customer service, outcomes and delivery for the public and the citizen. Better and more structured engagement with NPWS stakeholders and the public will be prioritised via a structured stakeholder engagement process. 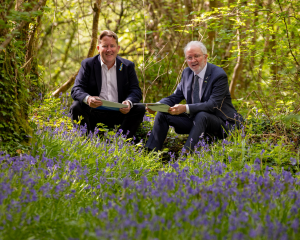 ‘We are delivering for biodiversity’: NPWS Action Plan and Review published by Minister Noonan

Green Party Minister for Heritage and Electoral Reform, Malcolm Noonan TD, announced the details of his plan to renew the National Parks and Wildlife Service. Comprising 15 strategic actions, the plan will see the NPWS established as an executive agency and restructured to deliver better outcomes for nature.

The renewal of the National Parks and Wildlife Service is the keystone action in this Government’s response to the biodiversity emergency and today. 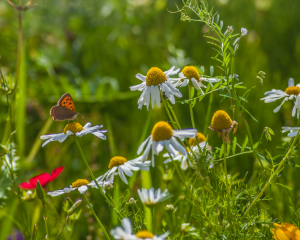 The Green Party in government is driving unprecedented supports to address the biodiversity crisis including an ambitious afforestation plan and a citizen's assembly on biodiversity. We are striving to restore our natural systems and make space for nature to flourish.

Back to All Campaigns
Get the Latest from the Green Party