Make space for nature: Biodiversity on the Limerick Greenway 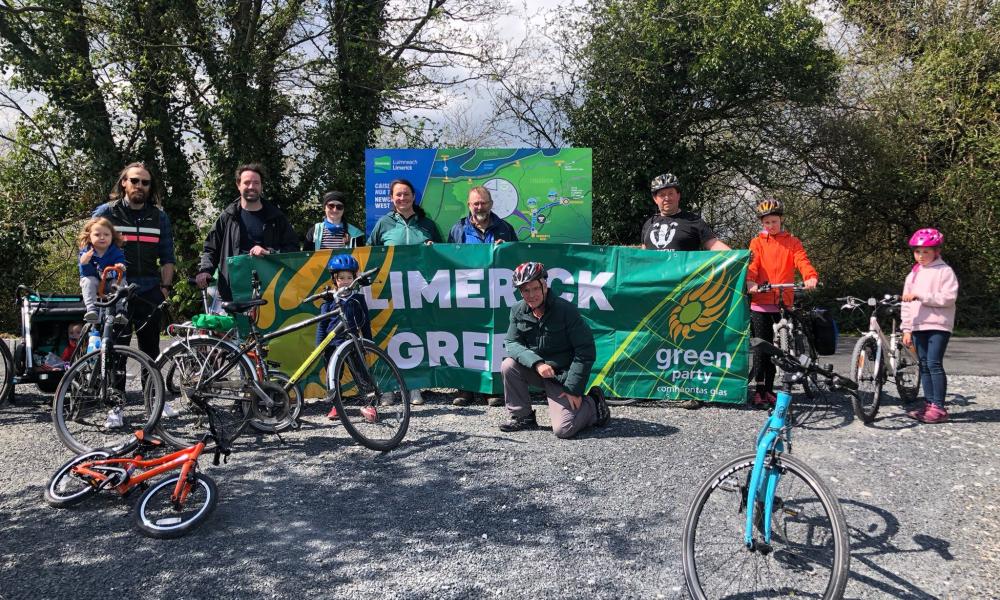 To mark Earth Day 2022, the Limerick branch of the Green Party were joined by members from Kildare, Cork and Clare for a cycle on the Limerick Greenway. One of the organisers, Councillor Seán Hartigan, writes about the rich natural life you can encounter on this route.

The Limerick Greenway is a 40km off-road cycle and walking trail between Rathkeale in County Limerick and Listowel in County Kerry, with plans to eventually extend to Limerick City. This was a leisurely cycle with plenty of time to chat and observe our surroundings.

The grassy verges of the Greenway were in bloom with the yellow flowers of Dandelion, Buttercup, Lesser Celandine, Cowslip, Primrose, and fading Coltsfoot turning into fluffy seed heads; the whites of Blackthorn, Greater Stitchwort, Wood Anemone, Cow Parsley; the pinks and purples of Cranesbill, Ladies Smock, Vetch, Dog Violet; and the blues of Forget-Me-Nots and Speedwell.

Early spring flowers, especially Dandelion and Willow, are vital sources of pollen and nectar for emerging pollinators. On the 7km stretch from Newcastle west to Barnagh, we were lucky to encounter five bumblebee species: the Buff-tailed, White-tailed, Early Bumble Bee, Red-tailed and the Common Carder Bee.

The Limerick Greenway follows the route of the Great Western Railway and much of the track was cut through stone, with this narrow-sheltered corridor providing an ideal habitat for many of our 35 butterfly species. On our cycle, we were lucky to encounter the Orange Tip, whose caterpillars feed on Lady’s Smock; Red Admirals, who are dependent on the many nettles on the Greenway as food for their larvae; Meadow Browns, whose young feast on the profusion of grasses growing beside the Greenway such as fescues, bents and meadow-grasses; and Small Whites, who have a preference for wild and garden members of the cabbage family. 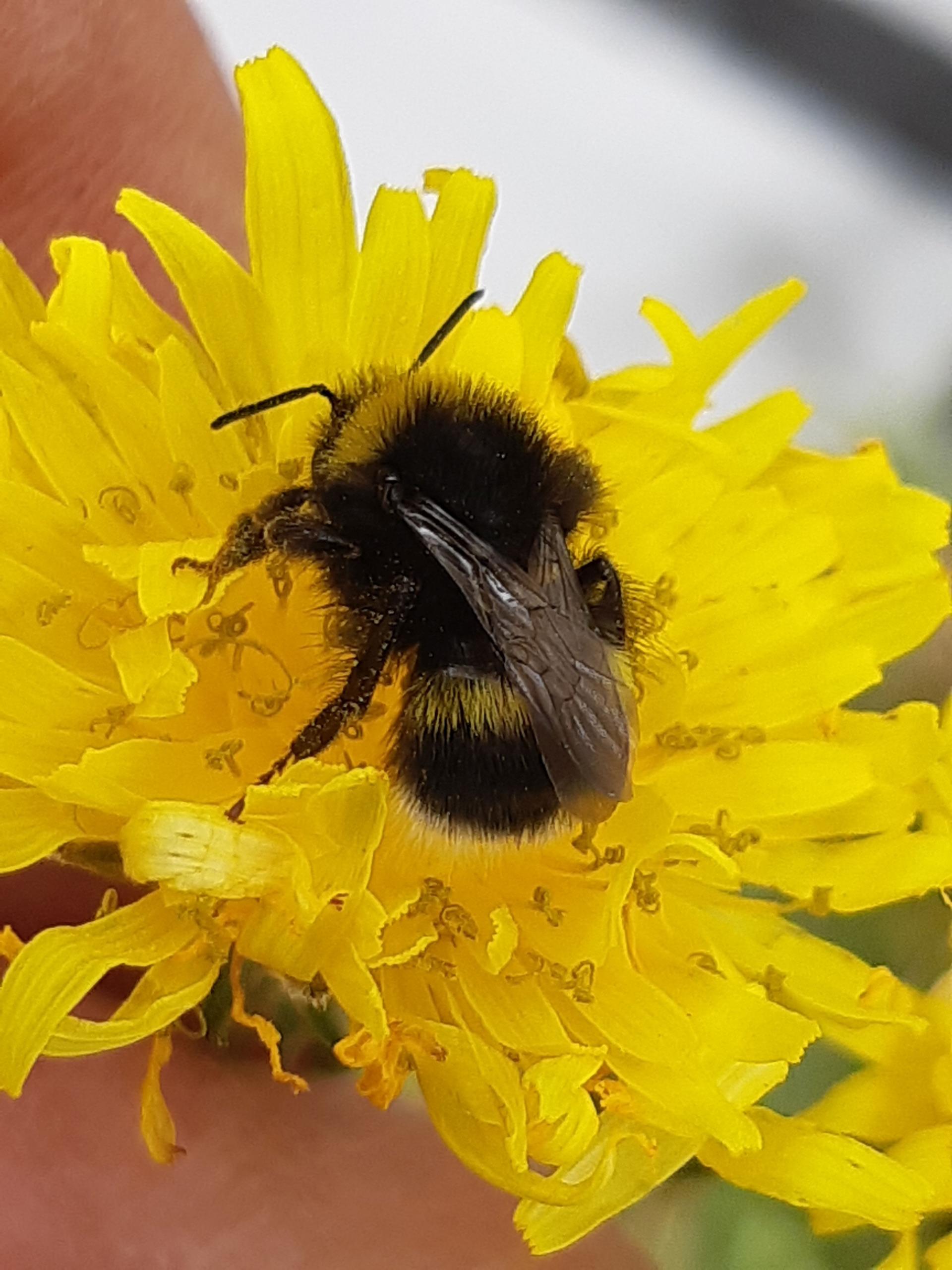 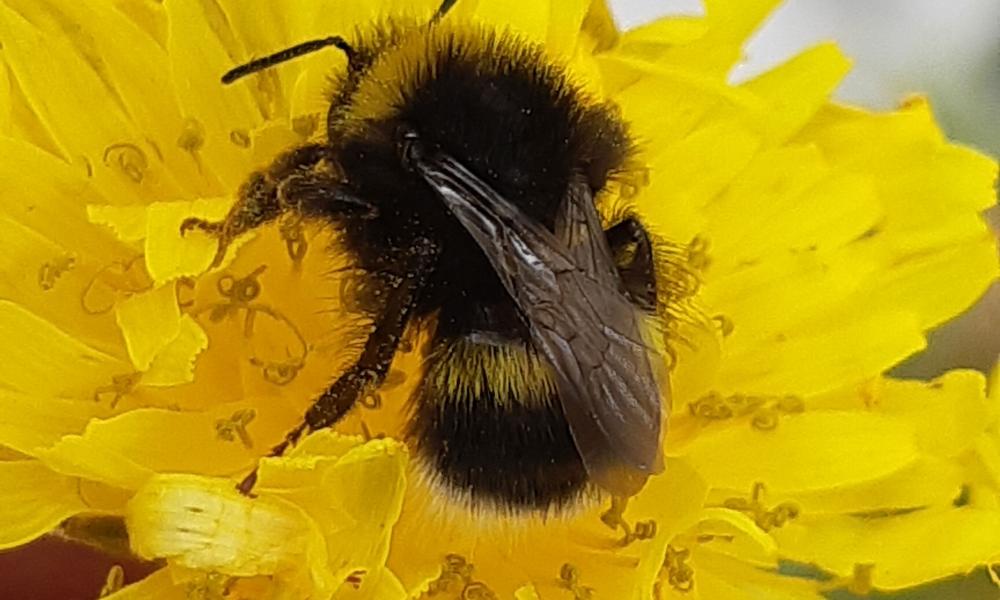 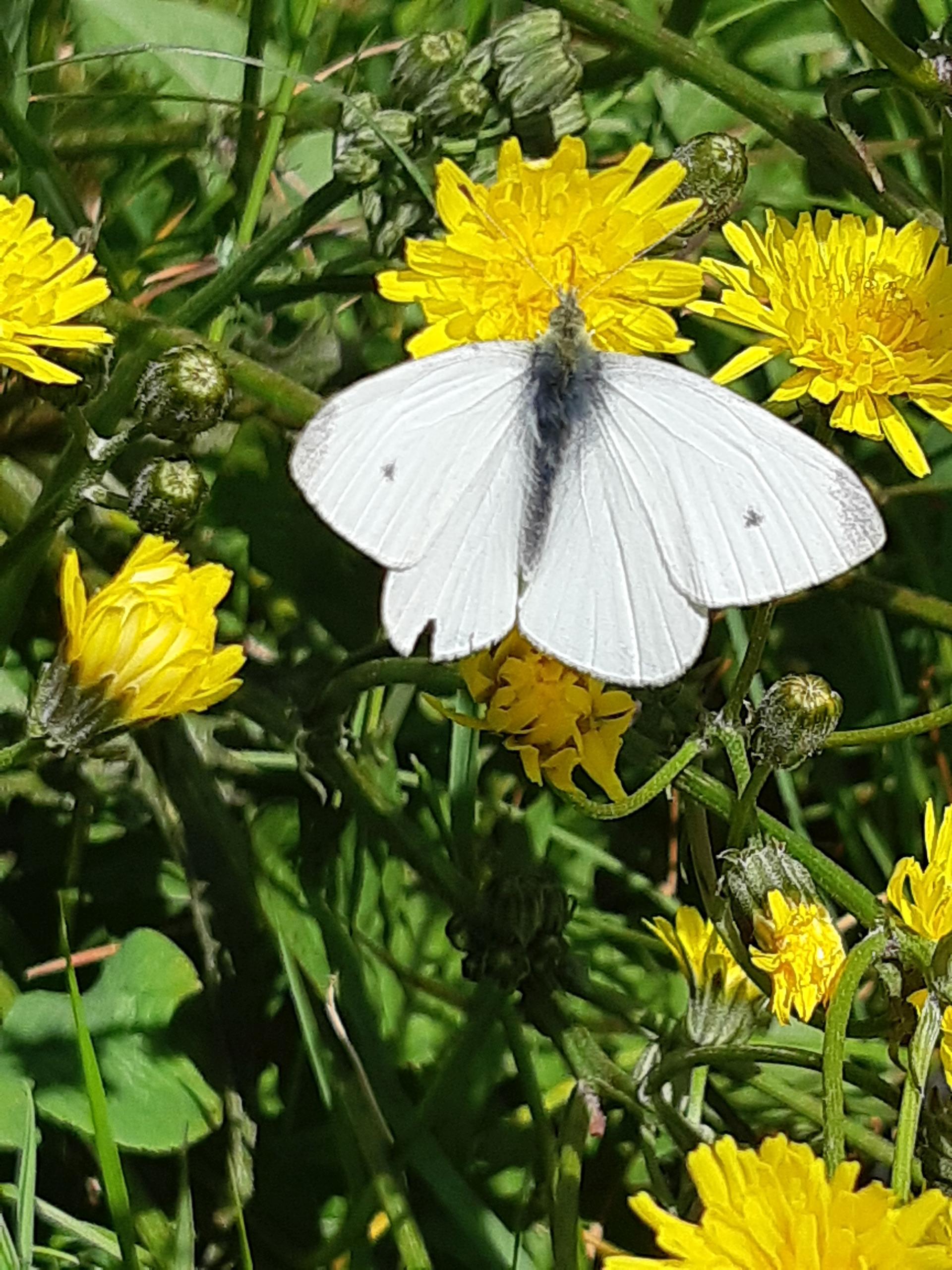 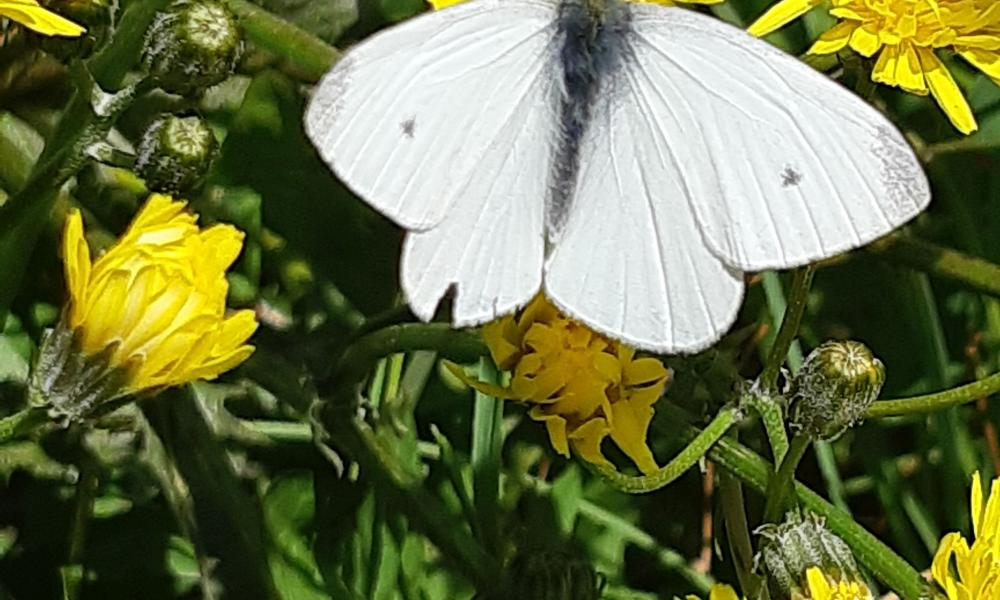 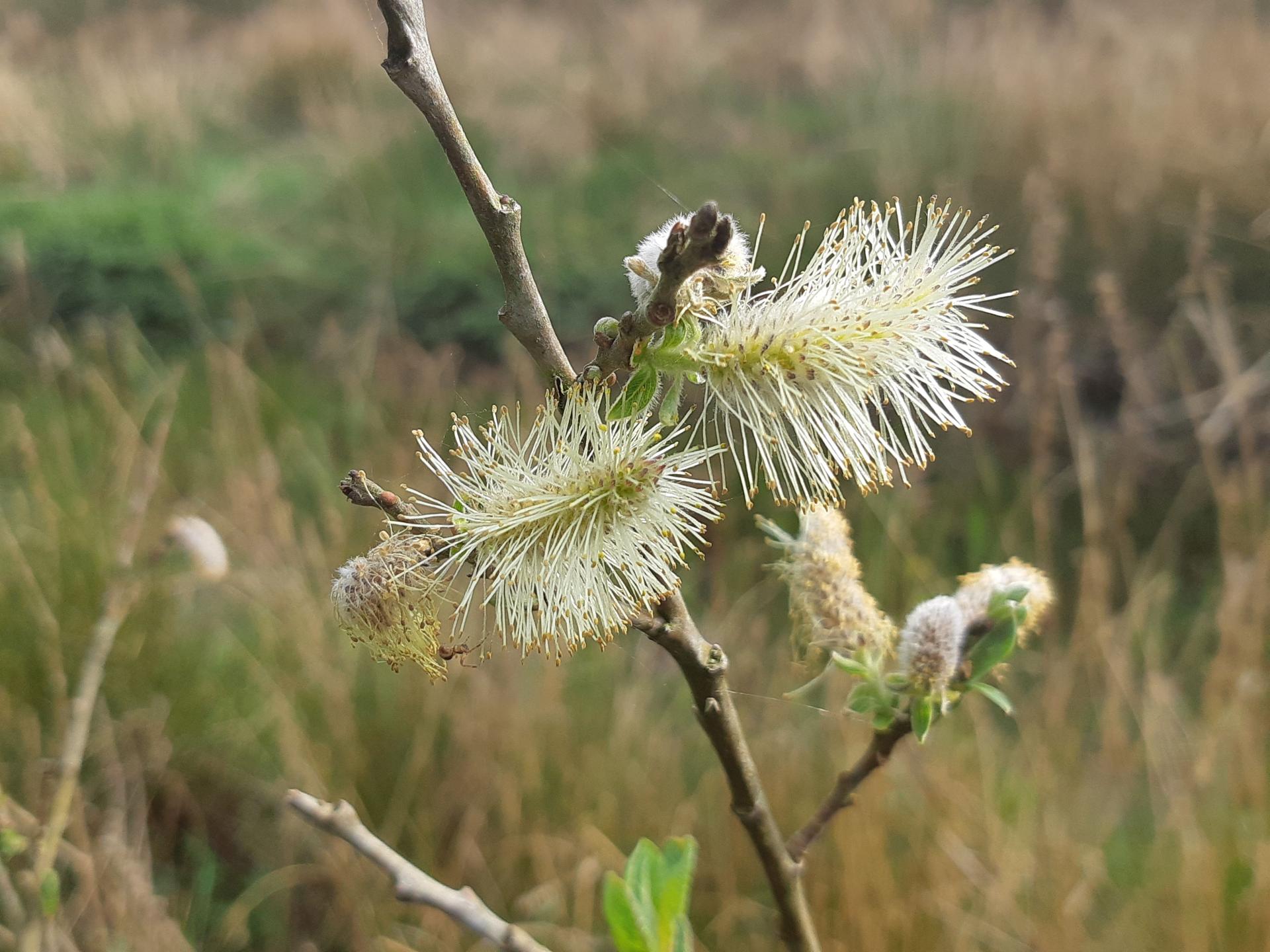 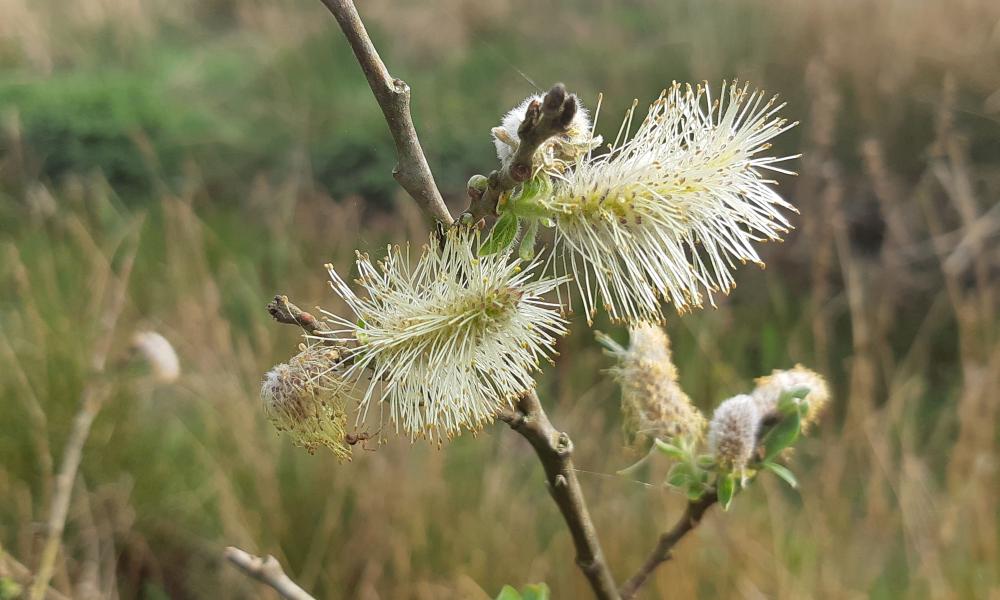 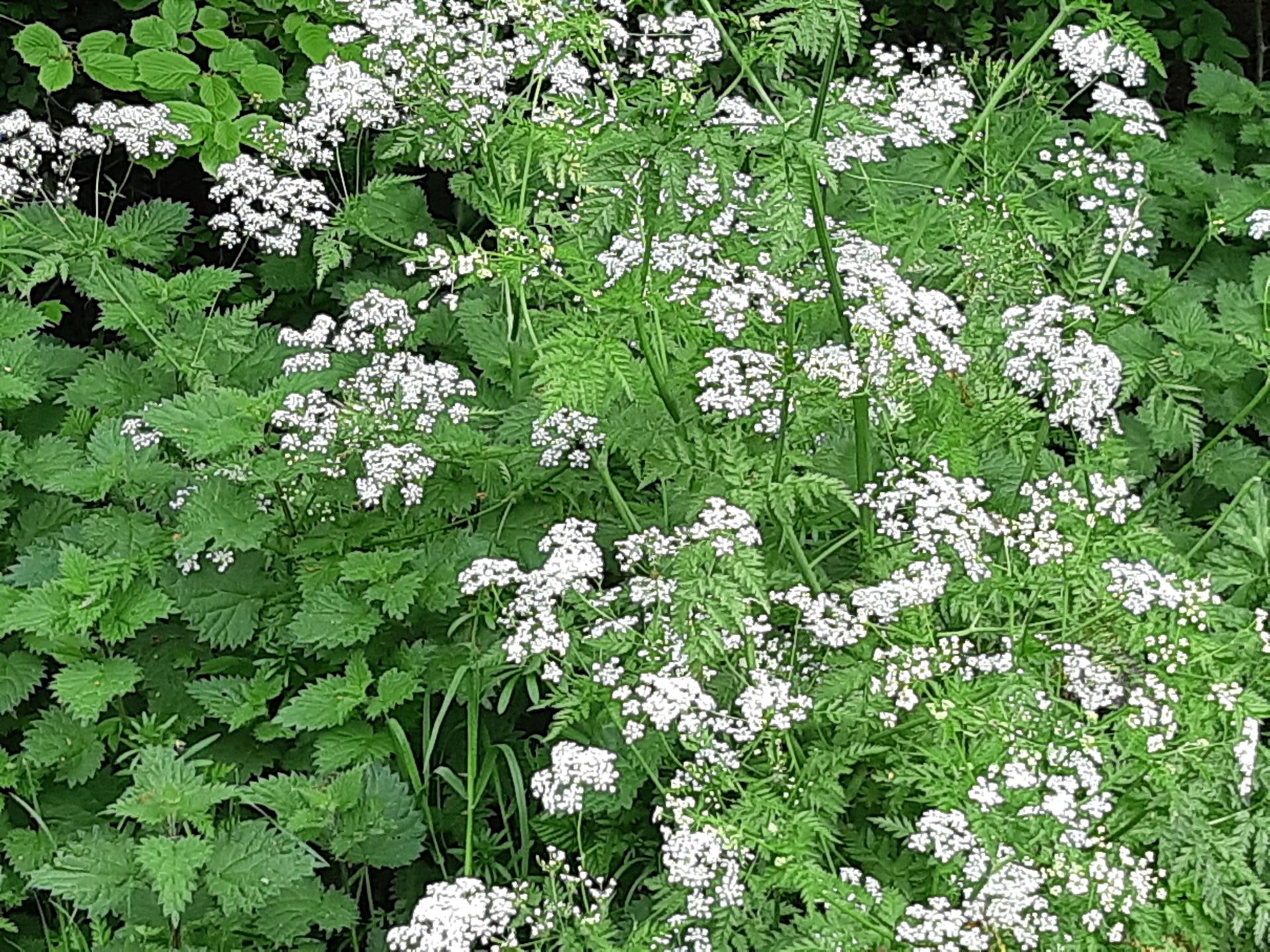 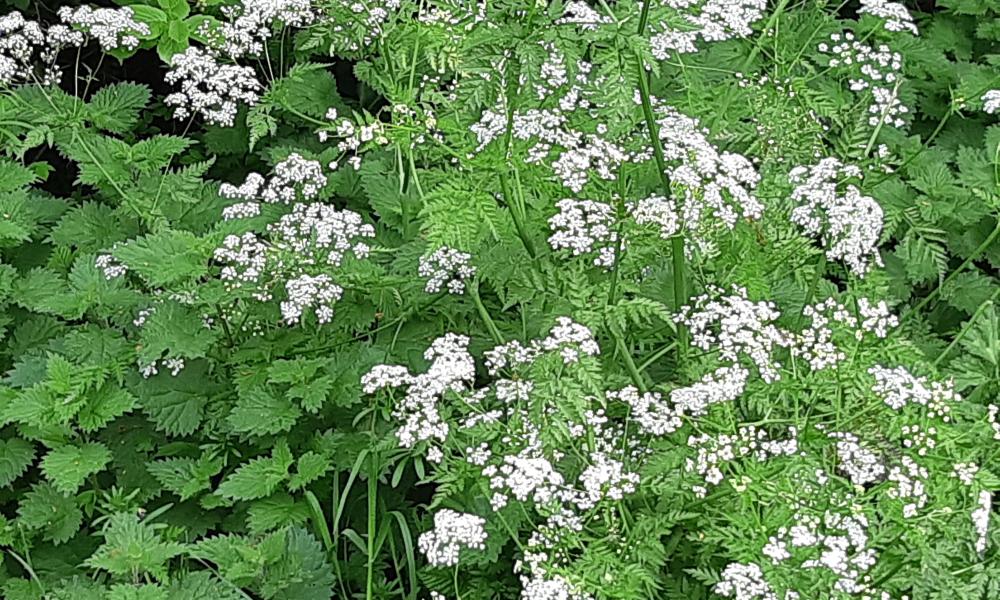 As well as supporting active travel and attracting visitors to the area, the Limerick Greenway provides much needed habitat for our pollinators, many of which are in danger of extinction due to the replacement of flower rich habitat with monocultures of perennial ryegrass. Greenways also provide connectivity between distant habitats for pollinators, bats and other mammals, reducing the danger of genetic isolation of populations.

On our visit to the viewing point at Barnagh, we passed through the Barnagh Tunnel, which was hewn by hand out of solid rock in the 1880s. The wet rock surfaces of the tunnel support a luxuriant growth of bryophytes, mosses and liverworts, including Scaly Male-fern, Lady-fern, Polypody, Maidenhair Spleenwort and Black Spleenwort.

Barnagh Tunnel is home to a Brown Long-eared Bat night roost, and other species such as the Common Pipistrelle, Soprano Pipistrelle and Leisler Bat can be seen in the vicinity of the tunnel at dusk.

If you plan on coming to Limerick this summer, be sure to take the time to visit the Limerick Greenway and enjoy a walk or cycle immersed in nature. 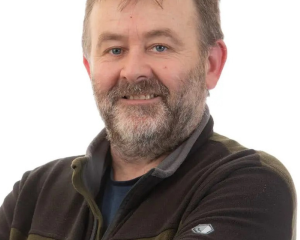 I am passionate about protecting the environment and believe environmental issues are closely linked with housing, health, employment and happiness. We are in the midst of climate change and habitat loss and need to build resilient and sustainable living places, to do this we need to make changes on a local level. 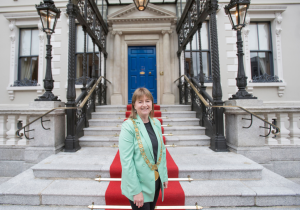 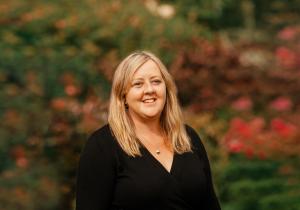